skip to main | skip to sidebar

Posted by TONYA DAHL at 9:22 AM No comments:

Posted by TONYA DAHL at 9:21 AM No comments:

Posted by TONYA DAHL at 9:19 AM No comments:

TONYA'S BASIC VINAIGRETTEThis is my most popular and most requested recipe.

Mix all ingredients in a cruet. Will last 2-3 weeks in the cupboard.

Posted by TONYA DAHL at 9:19 AM No comments:

In medium mixing bowl. Combine the contents of the blender with the celery and bell peppers. Mix well. Stir in chopped green onions. Optional: stir in chopped young thai coconut meat for an "eggy" feel. Serve chilled.
Posted by TONYA DAHL at 10:26 AM No comments:

I made this amazing new soup. Okay, well I don't know if it is really amazing as I could not taste it, but lots of people tried it and really liked it, especially Cody. Now that I can't eat I am inspired in the kitchen. It was chilly the other day, so I whipped this up out of my head. Tell me what you think....
Curry Sweet Potato Soup w/ Spinach
1 sweet potato, peeled and chopped
1 young coconut, meat and water
1/2 red bell pepper
2 tomatoes
2 garlic cloves
1/4 cup olive oil
1 1/2 tsp Nature's Cargo Sea Salt
1 tsp curry
1 tsp mustard seeds
1/2 tsp each: cumin, turmeric and black pepper
1 - 1 1/2 cups spinach
Blend all the ingredients except the spinach in a Vitamix for 3 minutes until hot and creamy on high. Turn knob to low and add spinach and dial up until spinach is chopped into soup but not blended into the soup. Serve warm.
Posted by TONYA DAHL at 11:20 AM No comments:

Slice mangos in cubes and place them in a medium-sized bowl and set to one side. Process all remaining filling ingredients in blender or food processor until smooth. Pour over mangos and gently toss to coat well. Stir in raspberries. Place mixture in cobbler dish.
To make the topping, place all ingredients in a food processor and blend until well combined and the nuts are finely chopped. Sprinkle over peaches.
Serve and enjoy!
Posted by TONYA DAHL at 11:01 AM No comments: 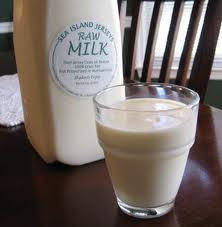 I wanted to post this because there are so many mothers who like me are healthy, eat a high raw diet but yet was not able to breast feed their baby. I had a breast reduction 15 years ago and many of my breast ducts were damaged. I produced milk, but did not have many ducts to get it out to my baby. I still breastfed Abigail. I used a supplemental nursing system called a SNS, which I attached a tube to my nipple that carried the formula I made for her. It was very exhausting as I had to make her formula, slightly warm up ( not really warm it, just take the cold edge off as I wanted the milk to stay raw) attach to my nipple and then attempt to breastfeed. I did this for 6 months. After 6 months Abigial was not getting enough from my breast and through the tube, so we went to the bottle. She is now 2 and I still give her a bottle that is similar to my breast nipple. I plan to give her a bottle until she is 3. I feel that this helps and maintains proper jaw development. Here is the recipe
4 cups raw goat milk
3 cup fresh spring water ( yes, I go to Banff and get water from a Spring)
30 ml of Kindervital by Salus or Flora
Blend in a blender on low for a few seconds. Do not over blend as it will homogenize the milk. I pour the milk into individual bottles at 7 oz. She drinks between 5-7 a day.
At night time. I make a separate bottle with 6 oz of raw milk to 2 oz of spring water, no kindervital and I add a DHA liquid capsule. I open the capsule and squeeze it into her milk at least 3-4 times a week, every other day. You can give Udo's DHA or a good quality fish oil, just 1/8 tsp. It is important to give your baby DHA, as it is minimal in goat milk.
Here is a great link on raw goat milk: Can I feed my baby raw goat milk?
I have been feeding this formula to Abigail since she was 1 month old. I chose not to make Sally Fallon/Wetson A Price baby formula as I felt there was too much cooked ingredients in the formula. Plus, she was getting some of my milk along with my formula. I did not feed Abigail solids until she was 9 months old and mostly chia pudding made with chia seeds and raw milk.
For my next baby, I plan to exclusively breastfeed until they are 1 and supplement with raw goat milk and then starts solid after one. I have learned so much in this process.
-Tonya
Posted by TONYA DAHL at 10:53 AM 2 comments:

Blend all ingredients in a food processor to a chunky paste. Form into balls and roll into coconut, fine ground almonds, ground chia or flax seeds. Enjoy! 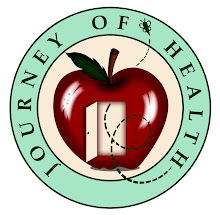 TONYA DAHL
Tonya Dahl is a Certified Leader for Marriage Today & Marriage on the Rock. Passionate about helping people heal and restore their marriages. A true belief that all people are capable of healing and overcoming when put in the right environments. She also has a passion for health, nutrition and helping people overcome stress, anxiety and trauma. She has been on a life long journey of healing her own childhood dysfunctions and excited to share how you too can overcome and start thriving!